my oh my gosh moment.. 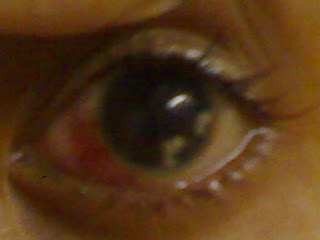 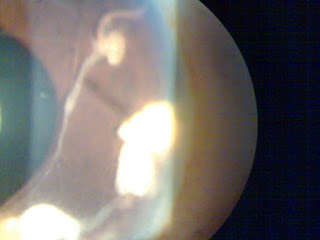 I was reading chetan bhagat's speech on keeping the spark alive.. where he speaks about how u should be excited about ur life and surroundings..
here is a small incident which happened to me a month ago but even today .. the sheer 'oh my god!' effect remains..and i think i will tell this story to my grand children too...
a 9 year old boy was admited inmy wing with painless redness of left eye,with exudates in the anterior chamber of his eye.uveitis in ophthal terms.. it was my first month of having an independant wing to look after , and as the'spark' was still alive, i considered all pt's from bed 25 to bed 30 as my pt's... [guess it happens , when every thing is new and exciting]
..well for many days we were trying to figure out what was wrong with, the boy.
we had given him antibiotics and steroids..but his vision remained finger counting 1 metre .

then one day during rounds, a senior resident, saw the pt under the slit lamp and saw a -worm in the eye!!
a live ,wriggling worm!!
i was spell bound, speechless, unable to believe my eyes..
enough to say that i did not sleep that night...
i read about worms in the eye...and found out that, a lot of people ,in a lot of places have seen worms inside the eye..
there are studies, and papers ..and onchocerciasis, which is also a cause of worms in the eye, is one of the leading causes of blindness in africa.
our worm, as we had proclaimed it :) was from the species angiostrongyloides cantonensis, but we had named it 'pintoo' .
the nine year old boy, ramesh , ate snails and that is how we believe he got the infection, he had an emergency operation , where the worm was removed from his eye. He went on to recover with a visual acuity of 6/36 at discharge.
they say thatwith time the excitement, the spark, fades...
maybe in years to come , i might be able to see worms in the eyes of pt's and not feel awed, but ramesh will be special..and so will pintoo.

Anonymous said…
There will be many more spark moments to someone as sensitive as you!!Is the boy's vision any better?
September 6, 2008 at 11:51 PM