of cyclones and other cosmic swirls 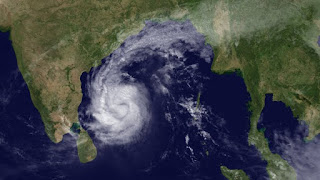 September 16, 2019
This year will be the 11 th Birthday retrospect;it is a promise I keep to myself, where I write my thoughts on growing a year older. I started writing a birthday retrospect on my 25th birthday and this year being my 35th birthday post. (read last years post  BR 2018 )
This year went by in a blur –and I was happy about it. Earlier, my reaction used to be, “ Oh my God! This week went by so fast, where did the time go?” , but this year I couldn’t wait for the months to roll by. I was in a WHY IS LIFE TAKING SO MUCH TIME TO PASS BY mode . Ah! I can feel that a lot of people reading this are going to be surprised by this. Because I have always been someone plugging my day with many things to do, I was someone who was a ‘go getter’ kind of person, so much to do in life, so much to see in life, the girl with the biggest FOMO or Fear of missing out. This year I had flipped completely to the opposite spectrum. I didn’t want to do anything new. It wasn’t like I was demeaning the act of disco…
6 comments
Read more

7 things I wish I could tell my medical student self, 15 years ago

June 24, 2017
Two things happened this morning , one was the NEET (the national entrance exam of medicine) results in the Newspaper, and the second ,a discussion on our college whatsapp group that today was infact 15 years to the day we attended our first lecture as Medical students. The jubiliation of the students and parents of today as they embark on a new journey in medicine, and my own journey of the past 15 years ; the connection was like a resonance that my writing muse could not deny. What would I tell the medical student , that was me, from 15 years back? What secrets of the trade, what insider scoop could I share which would have made my journey a little less daunting, a little more fun, and may be even more satisfying? Here are my thoughts in no particular order, except as they enter my head.
1.You made it! : I think the first thing I would like my younger self to do is to celebrate , and not doubt myself. I had won. I was in. the door had closed (atleast to the medical college of choi…
9 comments
Read more