It seems to me that of all the existential questions we ask ourselves like –
why are we here, what is the meaning of life, we often fail to ask the most basic of all existence- why is labour painful?

Why should something so physiological and natural should ne marred by the shadow of crushing , overwhelming , gosh-awful pain? 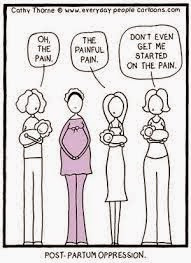 The most practical answer I received was- but naturally – from a man. “It’s quite clear God didn’t mean us to have too many children. It was his way of providing a natural contraceptive. He didn’t trust our ingenuity of making artificial means of preventing pregnancies and thought that a severe painful experience would scar the woman such that she would cry out – never again!” he said, “pain as a sensation was meant to stop us from harming or hurting ourselves, pain from burns and cuts keep us safe from fires and knives, and God, naturally hoped that labour would keep women from attempting child birth again.”
Then again He failed to see our tenaciousness and our will to bear down any pain ( pun intended), after a gruelling labourious experience, most women line up once more to ride the roller coaster called child birth. Imagine if labour was painless, the world would be run over by over population, even more than it already is.

This explanation still makes sense to those who believe God made man, but as most of us know that monkeys, infact, made man, through the law of evolution and natural selection. What fails me is that even after centuries of evolution we as a species have not evolved to pain free delivery of babies. Charles Darwin has a lot of explaining to do. Well it seems, there is an answer to that as well; 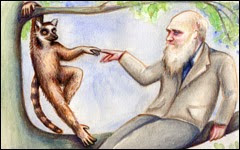 Evolution demands and wholly depends upon ’natural selection’ wherein the desirable genes survive and the undesirable genes perish. That would mean that only women with relatively painless labourwould survive child birth, and others would perish during the act. Thus, leading to a desirable gene pool of ‘ painless labour’ .
But science with it’s caesarean sections and epidurals, and women with their sheer determination and ‘sahansheelta’ (pain bearing capacity) halted the forces of nature and evolution.
So, where does that leave us?
Still grappling with the idea that something which is eventually supposed to bring such great joy, must be achieved through such great pain.

AHA! Here’s a thought- there’s no gain without pain. It’ an oft repeated sentence from the gym instructor, when he talks about the muscle soreness after a workout as the – good pain. 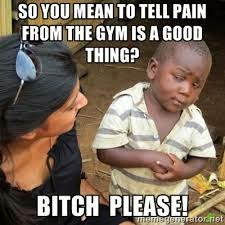 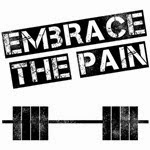 Now, you desire to gain a whole living being, a human being who will be the apple of your eye, the waris to your will, the solace in your old age, and the legacy of your heritage , you say? You desire a baby who will not only bring happiness to you, but your husband and both your extended families?
For that kind of happiness you’ve just got to go through a whole world of pain. Why you ask- why because of Isaac Newton ofcourse, he is the one who said every action has an equal and opposite reaction. 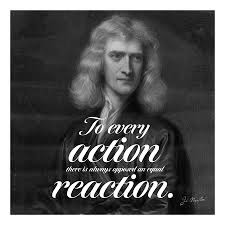 So there you are, while I am still figuring out why something natural, beautiful and life giving should have a prequel of suffering, I can offer you two more names to curse ( and curse you shall) while you howl obscenities in the second phase of your labour- ‘Charles Darwin and Isaac Newton I will wring your necks…”. 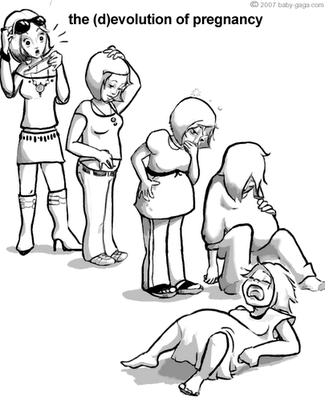 *none of the pics are my own, no copyright with me. But they add so much character, a heart felt thanks to all the cartoonists.

C Suresh said…
Hahaha! I sort of think that it is more to do with the CHILD having to be strong enough to make its way out - what is easy for the mother would be easy for the child too. Since it was Nature and NOT God, it did not care two hoots about the pain the MOTHER went through :)
June 23, 2015 at 11:28 PM

the foodietrails said…
good point. i didnt consider thsat the child is having a relatively tough time during labour too. but later in life seldom are things that are easy for the mother, is easy for the child too. otherwise we would both check in to a spa. :)
June 28, 2015 at 10:01 AM