He used to call them gree, may be because I used to call 'car - gadhi ' while we went on stroller rides. His favourite book was an atlas , with vehicles like planes and cars . Till 18 months he had no screen time, and on his 18 month he was crying inconsolably in the car when his uncle / maamu showed him a video of wheels on the bus. That moment , sitting in the car, driving from Palvolem to Margao, my son fell head over heels in love with the rhyme. We have heard it for 6 months straight now, everyday all day sometimes. For a vehicularly challenged mom it is amazing and amusing for me to see him tossing in his sleep saying ' purple car, red double decker bus' and no one has ever said " green garbage truck" with such love and affection.

I have always been very vocal about Gender equality and while I grew up never being denied or forced to take up on any particular gender activity, being pregnant had really got me thinking about genders.
It all started with a relative asking me to get a ‘sex determination ‘ test. I would have loved to know if I had a boy or a girl, just so that I could refer to him/her, rather than an ‘IT’. An emotion which I realise a lot of parent around the world share. We don’t want to know the sex of the child for anything other than to feel closer to the baby. We ofcourse did not find out about the sex of the child, since it is illegal in India, but it did lead to my first blog post as ‘MOMMY MOOD SWINGS , about a mothers love.

As the pregnancy progressed I doubted my ability to raise a boy. Why? Because I am a girl, and I didn’t know how boys react. Also bringing up a well rounded boy in a patriarchial society is difficult. I wanted my boy, if I had a boy, to be a caring and gentle and a ‘good boy’, would society allow that? And these were again questions which were not only being raised by me, but by other first time moms, even on TV shows like Girls, and Gilmore girls. And that led me to my next blog post as a pregnant mom under Mommy mood swings, which you can read HERE
By now I have painted a picture of who I am : A feminist, who even if she had a boy, would love it for all her worth, but be sure to raise him equal to how she would raise any child, without the privileges that his gender provided him in society.
And then my son was born.
And as he turned two this week, our house is filled with cars, trucks, buses of every shape and colour.
His waking words, are purple double decker bus, and he goes to sleep mumbling green garbage truck.
I was amazed.
My husband quipped in “ Boys will be boys.”
And good natured friends , helped me understand this phenomenon, with “its genetics.”
But I needed to dig deeper, so I took the deep dive into researching why my son loves cars, buses and trucks.
It seems it is not as simple as Genetics.
Genetics, or the XY chromosome, only helps in identifying genetic sex, this in turn leads to the genetic organ formations. But ‘ Gender Identity’ or which sex the child identifies themselves with is because of the internal levels of testosterone in there prenatal life in the womb, as well as the amount of testosterone after birth.
Two independent studies in 2002, performed by Gerianne M. Alexander and Melissa Hines, and in 2008, performed by Janice M. Hassett, Erin R. Siebert, and Kim Wallen, showed preferences to toys based on gender using first vervet then the rhesus monkeys. Male monkeys favored toys considered to be for boys (ball, car), while female monkeys were drawn to stereotypical girl toys (baby doll).
The fascinating thing about the studies is that the subjects had no external pressure to play with one toy over the other. They were not under any societal pressure or influence to choose a toy based on what they should because of gender norms and roles.
Researchers suggest that testosterone is the reason. Children, generally boys, with higher levels of testosterone are drawn to toys labeled as male-typical toys.
By now I realised that my sons affinity towards cars was not just because he was bormn a boy, but also because of the internal hormonal balances which helped him identify as one. And the other thing was that I nor society had had much say in the matter. My son sees me drive a car, my neighbour drives her kids and my son to the park, so I doubt he considers cars as a ‘male toy’ or something that only ‘men do’. He also is surrounded by women, and has been exposed to building blocks, colouring books, sorting puzzles, all toys that are stimulating and gender neutral.
But why would male sex hormones make people favor wheeled vehicles and balls? A common explanation holds that these toys facilitate more vigorous activity, which boys are evolutionarily programmed to seek out. But the 2009 study indicated that their affinity for balls and trucks starts before the stage when children actually start playing with toys. At just 3 months old, the newborn boys already fixed their eyes on the toys associated with their gender. "Given that these babies lack physical abilities that would allow them to 'play' , our finding suggests that males preference for male-typical toys are not determined by the activities supported by the toys (i.e., movement, rough play)," Alexander said.
Toddlers with higher levels of testosterone are more active than toddlers with lower levels of the sex hormone, but the active toddlers moved around just as much when holding a toy truck, ball or doll. "We find no evidence to support the widely held belief that boys prefer toys that support higher levels of activity," she wrote in an email. And this is true. My son is very active, and if
If it isn't vigorous activity they're after, it could be that boys simply find balls and wheeled vehicles more interesting, while human figures appeal more to girls. As for why evolution would program these toy preferences, the researchers have a few ideas. According to Alexander, one possibility is that girls have evolved to perceive social stimuli, such as people, as very important, while the perceived worth of social stimuli (and thus, dolls that look like people) is weaker in boys.

Boys, meanwhile, tend to develop superior spatial navigation abilities. "Multiple studies in humans and primates shows there is a substantial male advantage in mental rotation, which is taking an object and rotating it in the mind," Wallen said. "It could be that manipulating objects like balls and wheels in space is one way this mental rotation gets more fully developed."

All of this scientific data made me wonder; do I have no say in what my son likes?
It also made me retrospect, why did I find it so fascinating that my son should like cars. Would I have worried if my daughter loved cars? No, I would have applauded her for breaking the mould. And if my son had been drawn towards pink frilly dolls? I would have celebrated his choices. But the fact that my son was so , for want of a better word, typical, had had me , a person who had always tried to break convention and step away from the stereotypical had finally bowed to nature.
What had started out as a mothers fascination with her sons fascination in cars, had led to more deeper questions on nature versus nurture.


I am looking forward to the years ahead, when I continue to try and understand the basic tenant of parenting; knowing that your child is his/her own person, we are here to celebrate them and love them and let them become the person they want to be ,and were meant to be. 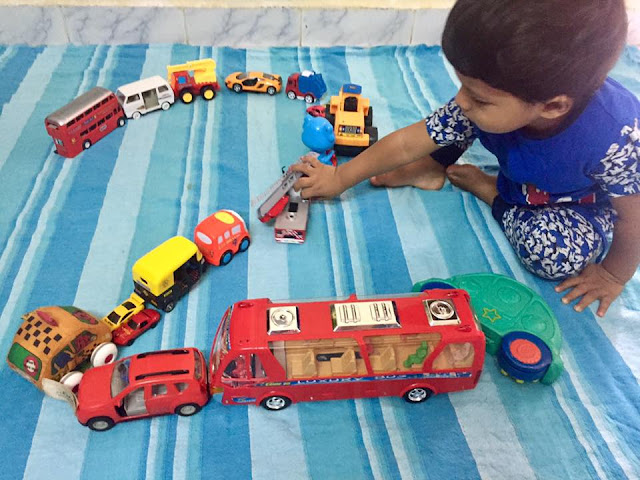 June 16, 2015
A few days back a close friend of mine received a gift. A large box wrapped in purple gift wrapping, ribbons and all, with a note saying “thank you doctor, from the Martins family” * (name changed to protect privacy) A sweet gesture which a few patients still followed. A token of gratitude apart from the fees they paid and the medical bills. The medical profession has been subjected to major mud slinging in the past few years and small gestures of gratitude and appreciation mean a lot to us trying to do the best we possibly can. But this gift was different. “your patients must really like you .” I said, especially since I knew that many of his patients considered him family, and would get him fruits from their gardens, home made wines or cakes for Christmas, sweets on Diwali. “ the patient died. She had terminal cancer, there wasn’t much that I could do. I didn’t want to take the gift, but the family insisted…” he replied The doctor patient relationship is a tenuo
13 comments
Read more

May 29, 2009
I am such a fanatic fan of House M.D. the weeekly telly serial, that I have withdrawal symptoms if I don't get to see it. His flamboyant, irreverent, brash mannerisms which disguise a sensitive man who plays the piano, strums a guitar, rides a Bike, misses his ex wife, and suffers with his limp.. alone with his Vicodin.. sigh...before I start drooling. What I realised is that we as Indian doctors have a lot in common with the genius doctor. We diagnose patients sometimes by starting treatment 'empirically' and that happens a lot of times among AMO's and medical officers in the PHC's and other primary health care setup's.. sometimes this' empirical' form of treating takes place in teaching hospitals too.. because either the diagnostic test is not available, or the the test is too expensive and the patient can't afford it. So we say ' lets start treatment and , then if it doesn't work start something else.. relying on our clinical
12 comments
Read more